Violence on women is a dramatically growing phenomenon: just in Italy over 6 million of people have been victims of some form of violence, during their lifetime- precisely 31% of women aged between 16 and 70 years old- besides, generally committed by their partners (61,7%).

The elements leading to this situation can be related to specific strategies such as seduction, manipulation, and influence, that initially make the relationship rewarding for women, feeling so flattered, desired and loved that they start having confidence on their partners, who create defined and highly restricted borders, as to form a narrow network of relationships, where banishing their victims.

This phase then triggers the victims' detachment from their friends and relatives, creating a destructive isolation- in which the abuser becomes the woman's life center - and this is the main sign of the violent condition, to which the victim is subjected.

Social isolation sharpens the violent attitudes inside the relationship, because the aggressors' control on women increases through various specific strategies:


Victimism strategies make the persecutor be the object of the victim's total attention, leading this one to be his own dependence and obsession. In this way, women become deprived of their own self and of their capacity of judgement, because they have the perception that everything can have sense exclusively in relation to their partner.

All of this provokes an implicit powerlessness and a self annihiliation, that explain women extreme passiveness and their consequent inability to put an end to this choking cycle of violence.

In this kind of situation, it becomes evident that, in order to act and effectively contrast the phenomenon of female violence, it is necessary to stimulate women self-esteem and independence.

Violence against women is a profound issue, rarely dealt with in educational and social contexts.

However, especially in the last years, there has been an increase in social media attention to this phenomenon, usually after news about shocking cases.

Thank to some research on this field, we today know that violence on women is a transversal phenomenon because it does consider no age limit, no geographical boundaries, no working and social class distinctions.

It is also a widespread and very dangerous problem, because it induces serious health damages to women and children who assist.

The data collected so far have showed that abuse on women is considered not only as an Italian emergency or just as an actual one, but it's an old and world widespread situation, which is rooted in a specific cultural outline.

Violence against women is included in human rights' violation and it's one of the most frequent ones: in fact, recent research has shown that between a quarter and a third of the female population is victim of violence, committed by acquaintances and in almost every case, aggressors concerned are males.

Despite of the high number of women victims of abuses, this phenomenon was, until some years ago, considered as a secondary problem, a fact usually taken as a private affair between spouses, connected to cultural archetypes and unecessarily dealt with at a public and legislative level.

This laxisme together with this lack of attention, often shown even from the police or the magistracy, who are given the task to defend and protect the weakest, has determined on one hand, the increase of violence, on the other hand the creation of a harsh profound situation, in which the victim, unconfident to denounce her aggressor, prefers keeping the violence committed on her, secret.

Lots of violent incidents have not been declared, also because the victims aren't aware of the existant services available on the territory, which can be a support for them, thank to helping desks, able to listen and also give legal consulation. 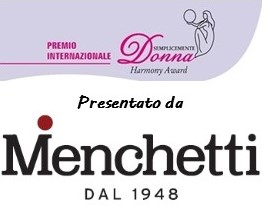